How Our Past Can Affect Our Present – Past Life Regression

How the Past Can Affect Our Present 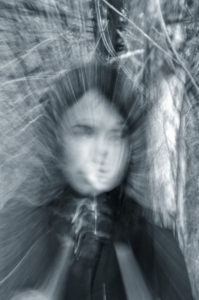 A few weekends ago, I had the gift and honor of giving past life regression sessions at a local healing center.  My day was full of different men and women excited and anxious to connect with prior lifetimes.

People are drawn to this type of work for many reasons.  Some come to a session with a pre-conceived intention for clarity regarding a particular issue.  Maybe they have a phobia or a deep fear that’s always created blocks in this life or they just want to know why they never want to be around certain places or things.  Other people come into a session because they have a powerful draw to geographical locations or timelines in history and wish to see if they’ve lived in those timelines previously.  And other clients come to a regression just with a sense of adventure and exploration.

No matter the attraction to this modality, most people sure seem to benefit from the experience in some form or fashion.

A new client came in with the ideal of searching for the core issue of patterned behavior that had become engrained in her.  She was admittedly in daily physical pain, her muscles were tight and constricted, and she complained of being a control freak and being prone to severe mood swings.  The client also commented that she had a difficult time trusting and that she was always waiting for “the other shoe to drop.”

I honestly love it when people can be so open and honest.  I see their vulnerability as a true strength.  It’s pure.  It’s powerful.  It’s honest.

We began the session with her intention and while she was in a trance like state, we began to search.  It was very easy to come to the lifetime in question.

Suddenly we were both immersed in the journey of a young girl who befriended a boy of noble birth about her same age.  She was a commoner and it was against protocol for them to be connected, but since her family worked for his family, it was accepted as long as the relationship (just a friendship) was not made public.  Together the best friends shared their hopes and dreams, played outside together, and took many journeys into each other’s imaginations pondering the future.

These best friends took a walk outside one day, against the wishes of the powers at be, and ended up near a fast-moving river.  As they walked, ran, and jumped along the banks, suddenly the young girl lost her footing.  As her dear friend pulled her back from the edge, he slipped and was lost in the raging waters.  He drowned.

The young girl was heart-broken.  She became the center of blame, shame, and loss for the entire community.  The nobles wanted her killed for her “crimes” but instead chose to disown their servants, and banned the girl and her family.  Her family had worked for the nobles for quite some time and had good standing.  Now all that was lost.

This young girl became weighted down by so much responsibility, pain, shame, loss, guilt, and despair.  She felt hated by everyone.  Her light was drained.  She lost the will to live, but instead of expiring she felt duty to her family and worked hard to help support them in their new life.

As we touched on this lifetime and the emotions came forward, my client began to shake and tremble on the table overcome with tears and sadness.  It was then that I felt a powerful presence in the room.  It was the spirit of the young man who had perished.  Her best friend.

He came to her and lovingly put his arms around her and spoke, “Can you see this was not of your making?  This is not your fault.  You did nothing to harm me.  I made my actions of my own mind.  I know you had no malicious thoughts of injury towards me.  My death was of my own cause.  I take responsibility for that.  Give your guilt and shame to me, for it is mine to own, not yours.  I love you.”

As the client felt this connection, the shakes and trembles faded.  The intensity of the restriction and rigidness of her body relaxed.  She was given a sense of peace and release.  The client could see through the higher perspective that she could not see or feel in that lifetime.

We continued through the rest of the session, clearing, and letting go of false beliefs tied to that lifetime that had bled through into her present life.  Many times, when a soul encounters trauma, that vibration can imprint and carry forward in other lifetimes until the imprint is released and healed.

This beautiful, brave woman left the session with a smile on her face.  She had a new shine and twinkle in her eyes and a connection in her heart she will always cherish.

The journey of the soul is an adventure full of twists, turns, celebrations, and understandings.  When we take the time to see ourselves as a soul, we can access layers of knowledge that have held us back, clear them, and propel ourselves forward.